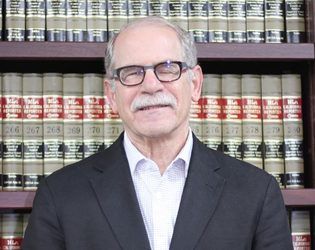 After returning from Peace Corps service in Latin America,  Michael A. Gardner taught fifth grade students at an elementary school in California's Central Valley. After one year, he decided to enter law school. (Law school was a breeze when compared to dealing with thirty fifth-graders every day.) After admission to the Bar, Mr. Gardner devoted most of his time to family law matters. He has developed expertise on divorce, child custody, child support, spousal support, and related matters in both Alameda and Contra Costa counties and Oakland, CA, and has assisted the Courts in Judicially Mandated Settlement Conferences.  Less experienced colleagues rach out to Mr. Gardner for mentoring and advice.

Mr. Gardner graduated from the State University of New York at Buffalo with a B.A. in philosophy. After teaching, he obtained his Juris Doctor at Hastings College of the Law in San Francisco.  Mr. Gardner is a member of the Family Law Sections of the State Bar, Alameda and Contra Costa Bar Associations and a former member of the American Trial Lawyers Association.

He grew up in New York and moved West immediately after his Peace Corps service and marriage. As a father, he appreciates the need to minimize the impact of divorce on you and your family.

As an  AV rated  attorney by, Martindale-Hubbell, Mr. Gardner has rceeived the highest such rating available to any individual lawyer.  The AV rating shows that a lawyer has reached the height of professional excellence. He or she has usually practiced law for many years and is recognized for the highest levels of skill and integrity.

In his spare time, he loves to read, travel and cook.